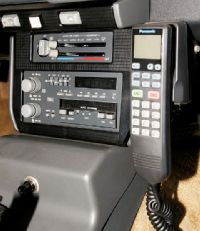 I have always promoted the ways in which technology can help us, and how its advancement is changing the game in many different areas – from remote surgery via a net connection, to the way we communicate and interact. Some would say that this is great, and these changes are for the better – at least better than the sluggish old ways we used to do things. Others are more sceptical, and suggest some of what is happening is taking away from human interaction, often to the degree that we just can’t interact effectively face to face anymore.

With the above in mind, I must confess that I do a lot more typing than writing, and as a result my writing skills are just not what they used to be. Saying that, some would say my typing skills also leave a lot to be desired.

Anyway, I digress; I titled this article, “Has the cloud changed the business weather?”

This was a direct hit at what the Internet (or as it’s often called, the cloud) is doing to the way we do business. Let’s look back at the history of how it was done; again I will speak from the experience I gained over my working life.

In times gone by

In past lives I have used written reports, sending them back to my direct line manager. Then we got the marvel that was carbon paper copies, which meant I could keep a copy myself.

A fax was installed in my home office and I could fax info straight to main HQ and get it actioned. No more waiting on the snail mail to deliver. This was a revolution.

I was then made the proud owner of a pager. It would bleep to signify that I had to go to a phone and call the office. The next version had a small LCD screen where I could read a streaming text message instead of phoning in. Where was technology taking us?

OK, you have probably guessed by now that I am not a newcomer to the work environment. In fact I have been through a good number of changes to the way things are done.

The next development was a phone mounted in my company car. This was a large brick like device in the cabin, connected to a larger box that was taking up most of my boot space. The aerial was attached to the roof of the car, and off I went. However, my sales area included the highlands of Scotland, and the signal at that time was really very poor, so generally I was uncontactable unless I found a landline.

The car phone I was given after that was the first that could be considered truly mobile, and could be removed from the car and taken, yes taken with you, anywhere. WOW! This was just amazing. I could text and phone from anywhere and no longer needed to be tethered to my car.

I was then simply given a mobile phone, and along with that my first mobile computer. It had details of all the products I used to sell on it, and had the ability to allow searches and pricing on the spot in front of a client…

How could this be I hear you cry? Well that was technology for you, and it was driving sweeping changes to what we were able to do in business.

Obviously things have moved on greatly since these bygone days, and companies have had to accept technology moves one. They also have to deal with the way it has influenced what they do, and landscape of their proposed market places.

Access to the Internet started very slow, I still remember connecting via a dial up modem (33.6k which by today’s standards is the slowest thing ever) but it was new and exciting at the time. Then ADSL has superseded that, and now ADSL is on the wane due to Fibre broadband being rolled out nationwide.

With this advancement, and mobile broadband reaching similar speeds, it finally means that the cloud has come of age. The idea of ‘Always there Internet’ has truly arrived.

What we can do now in the cloud, and through the cloud, is an order of magnitude more impressive than my first work experiences of technology.

Where will it all go?

Will you adopt the latest technology and keep pushing what you can do beyond what you do now? Beyond what others are doing? The cloud is truly changing the weather in the business world in ways that a younger me could only dream of.

We can collaborate worldwide as if we were in the same office. We can have instant access to real-time information that allows us to make informed decisions faster than ever before.

We can access information at any time and any place, which means we don’t have to be tied to an office desk. Mobile Internet usage (or cloud usage if you like) has increased year on year to around 68 to 70% of all Internet traffic. Technology has improved beyond a large bulky desktop computer or chunky laptop, the information is now actually in the palm of your hand.

Our mobiles (and remember I started with a brick in my car) have now turned into smart phones. We can do all sorts of tasks using them, and that includes good quality business work.

I am still excited about where technology can take us, and would like to think I’m still a people person. It will never make me a recluse, so that I do not interact, but it can make my life and business world  easier. It can change the weather on the business front, and for me this has meant more sunshine and less rain, even though there will still be clouds.

What are your thoughts on adopting new technology for you or your business?