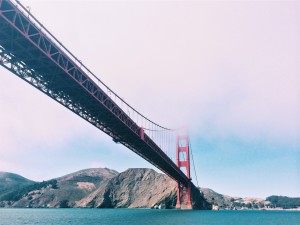 During the time of election fever and the stance of many politicians and the media flooding our households, Internet and newspapers with all the spin and comments of election contenders, it occurred to me that many of them are launching the election campaigns on a platform of one thing or the other. If it isn’t the NHS it is migration and immigrants.

It got me a thinking

It started me thinking of what is the platform I stand on with regard to my business and how it operates and runs and then to take it into the techie world, what Social Media and Internet platforms do I use to get the message flooding to my customers and potential customers worldwide.

Platforms there are so many

It is the case that there are so many platforms, as with the election there are so many stand points that people take and you don’t know at times which one to believe, so we base our beliefs and decisions on past experience and their record if they have done the job before. When I set my company up I knew I did it out of passion. I wanted a company that had a drive and passion for what it did and did it well and honestly. So that was my initial platform if you like, I then structured the offering my company had around this. My testimonials from clients were my gauge as to whether I was achieving this each and every time. Then learning and tweaking happens. No one is perfect and it is the driving force behind our actions that should be considered.

So honesty, integrity and doing the best job as promised was my platforms and I hope I have achieved them as often as possible.

The other thing I did as an organisation was start to business network, before I even setup as a company I attended some networking groups to find out what business was saying about the climate and how they were getting on. I wasn’t setting up blind as they say. This paid off and I have continued to business network to this day. It is a great place to bounce ideas around, meet great people and pick up so much information and ideas.

What about online platforms?

With regard to online platforms, I have always been as you can imagine, the company is called IT Turning Point, very aware of what technology is doing and where it is taking us. The Internet has been with us for years and introduced so many changes in the way organisations and customers operate that it has dragged some organisations into the 21st century screaming and kicking.

The key of course is to decide your best and most appropriate route to market and then target the majority of your efforts there. This of course sometimes takes more than one attempt to get it right and is what I like to call a toe in the water scenario. We try and see if it works and tweak and try again until we hit the sweet spot. I decided early on to have a website and had it up and getting found before the official company launch, so when I launched people had a shop window to visit.

This of course was mentioned on all emails and literature to drive traffic in that direction. The site was optimised at the time for the search engines and we were off.

Social media was my next area of consideration and what should I do here and which platform would be best for me to use. I did the following and it has worked for me over the years.

My company was primarily B2B so LinkedIn to me was essential and getting my profile up to 100% as it was at the time and then making good honest connections with potential customers, existing customers and other companies and contractors that might be useful for me to touch base with and bounce ideas around. A company LinkedIn page was setup as well as my profile and maintaining it and promoting it became a goal.

For more awareness of brand name and getting me more widely known quicker I also thought that Facebook would be a great place to have a business page. So off I went on my next platform and got that page up and running and started to gain likes and awareness.

Remember, I am always aware of where technology is trying to take us and I launched a Twitter account at the same time to take advantage of the profile raising for my brand name.

In the corner of my eye I was always reading techie articles about search engine Optimisation and how you can get found online to make sure my efforts where not all in vain. This kept me informed that Google the main and most popular search engine was changing what it calls it’s algorithm that checks the Internet to find you and me and was placing more emphasis on Social Media activity and content. So this means and still does today that you need your website optimised, but you also need to be active in the realm of social media. You need to have link popularity, which means people are coming to your site from various locations and landing there and then leaving to go to other locations from your site.

Other social media platforms are out there, Google+, Kiltr, Pinterest and Instagram. It was now a case of deciding which platforms I felt I could benefit from and manage easily.

Again tools were there for the managing and these have helped immensely. Such as Hootesuit, highly recommended and there are others.

Have we reached our goal?

No, is the easy answer, we are always looking at tweaking and changing what we do and managing it differently and we do use other mediums to get the message out there, such as PR articles to business press, etc. We also run an online blog about technology amongst other things.

All these various platforms have meant that we have been able to vary our offering and develop it over the time the company has been running and as long as we keep to the company platforms of honesty, integrity and doing the best job as promised then we will keep it up.

I hope this helps, let me know your thoughts on the whole area of platforms, online or offline.