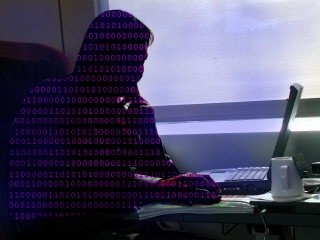 Microsoft have launched the latest incarnation of the Windows operating system and it’ s again a major revamp to tap into the mobile tablet market, where they have been lagging behind for some time.

Is it too little too late? Well that remains to be seen, they still have 2.5 billion desktop users worldwide and they have to be maintained and brought into the next operating system. This proved hard with Widows Vista where less that 30 % adopted the new operating system. Windows 7 redeemed them slightly and has now been adopted widely and clients and enterprise networks moving into Windows 7 with gusto now. Of course this was on the back of Microsoft dropping Windows XP, by far best incarnation so far and the one that just runs and runs.

So what of Windows 8?

Well it is a change again from what we are all used to and is designed primarily to attack the tablet market and mobile devices. The Start menu has changed and the desktop layout is completely changed.

In the main guts of it the system itself has changed, better power usage, more difficult to hack, faster to boot up as it leaves some of the operating system on a hard drive space in a memory slot so it can boot quicker, similar to the hibernation system we have had in Windows for some time and it works. There will be the inevitable learning curve and complaints about where everything now can be found. But that’s progression for you.

As usual we predict that the larger organisations will stay with an older version of the operating system until Windows 8 has been proven and the first or even second service pack is launched.

This is always the case and nothing new for Microsoft. The biggest up take will be home users and the new computer purchases, which will drive the sales forward. Also the launch of Microsoft Surface, which is another name for the Windows 8 on a tablet. So the tablet market may take off big time. So look out for bargains of the older stock that retailers will get rid of.

Well it is this author’s opinion that it is a personal matter of the individual user as to when you change; just make sure that all your existing apps will work with Windows 8.

For companies it is always advisable to wait for the fixes to hit before adoption on a large scale.

Check out the buzz on the Internet now about Windows 8 and read as much as you can before you believe all the hype and take that plunge.

1 thought on “Windows 8 is on the shelves, will you change?”