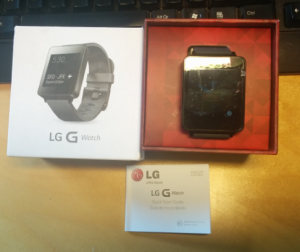 2 thoughts on “Android Where? Or should I say Android Wear.”