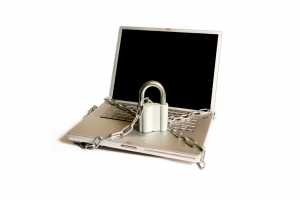 On average 30,000 websites are hacked every day*, 200,000 new malicious programs/viruses are detected every day**.  Google recently reported that they detect 9,500 websites/day infected with malware used for drive-by download attacks, where the victim only has to browse the site to become infected, and 4,000 of these sites are legitimate company websites. Small business have been a target for cyber criminals for a few years now, because they are an easier target due to their lack of budget and expertise. Is your network as secure as it can be from hackers? Are you sure? Or are you helping cyber criminals distribute malicious programs to your customers, friends and family, even if you’re computers are just acting as a base of operations for attacking and infecting others.

It is estimated that cybercrime costs the world’s economy between $1 – 3 trillion per year.

Many businesses around the world have been struggling financially for a number of years, but sadly the underground hacking economy seems to be alive and well. In July of 2013, the FBI charged two Russians for hacking into US Financial Institutions that resulted in the theft of millions of dollars from more than 800,000 victim bank accounts. One of the hackers and several other undiscovered criminals, were also charged with the stealing and selling of at least 160 million credit and debit card numbers, resulting in losses of hundreds of millions of dollars. According to the indictment, these losses included $300 million in losses for just three of the corporate victims not to mention the immeasurable losses to the identity theft victims, due to the costs associated with stolen identities and fraudulent charges.

As always, there is no shortage of stolen credit cards, personal identities, known as Fullz, for sale. However, the hackers have come to realize that merely having a credit card number and corresponding CVV code is not always enough to meet the security protocols of some retailers. Hackers are also selling cardholders’ Date of Birth and other personal information. Having this additional information would allow a hacker to answer additional security questions or produce a fake identification, to go along with a duplicate credit card. VBV (Verified by Visa) data is also being sold.

Just as with stolen credit cards, there are hundreds of online banking credentials for sale. It has found that one can purchase the username and password for an online bank account with a balance between $70,000 and $150,000 for $300 and less, depending on which banking institution the account is located. Also one can specify the login information for an account within a specific bank and country.

Once scammers buy the malware-infected computers, they can do anything they want with the machines. They can harvest them for financial credentials, infect them with ransomware so as to extort money from their owners, or use them to form a spam botnet to send out malicious spam on behalf of other scammers. If you don’t think there is much money in the spam business think again. Research into one of the largest spam botnets, Cutwail, it is estimated that the Cutwail gang’s profit for providing spam services was approximately $1.7 million to $4.2 million over two years.

Malware and Exploit Kits for Sale

A variety of Remote Access Trojans (RATs) are for sale ranging from $50 to $250. Most of the RATs are sold with a program to make it Fully Undetectable (FUD) to anti-virus and anti-malware. However, there were some hackers who sold the FUD component for an additional $20. For those RAT buyers who want the seller to do all the work for them, eg: setting up the RAT’s Command and Control Server, configure the malware to be FUD and possibly infect the target, they could pay an additional $20 to $50.

Exploit Kits – One of the offerings the Sweet Orange Exploit Kit for lease charged between $450/week and $1800/month. Sweet Orange is certainly more expensive to lease than the once popular BlackHole Exploit kit. Before BlackHole’s supposed creator was arrested, the leasing rates for BlackHole were:

The cost to hire a hacker to break into an organization’s website runs between $100 – $300. Generally the higher the fee, the more reputable the hacker. What is worth noting is that most hackers for hire will not hack into a government or military website.

A DDoS is where 1000’s of computers, controlled by a RAT, are used to attack a website and bring it to a halt through sheer volume of traffic. Those customers wanting to purchase DDoS Attack Services could pay by the hour, day or week. Most hackers who provide the DDOS attacks guaranteed that the target website would be knocked offline.

The rates were as follows:

Doxing is when a hacker is hired to get all the information they can about a target victim. Their methods include searching public information sites, social media sites, as well as manipulating the victim via social engineering and infecting them with an information-stealing Trojan. There are a lot of Doxing services for sale on the hacker underground, A “Vouch” from customers is used to verify that the hacker providing the Doxing service is legitimate. Doxing services range from $25 to $100.

Name Brand Products, Get Them For Cheap

Another service being sold on the hacker underground is where hackers will sell popular products, below the retail price. The hackers will obtain a specified product for a buyer either by using a stolen credit card or by working a scam, where they contact the retailer’s customer service representative and pretend to have purchased the item from the vendor, and it was damaged. The customer service representative is convinced that the complaint is legitimate, and they send out a replacement to the scammer, who in turn sells the product below the retail price.

For the most part, it does not appear that the types of hacker services and stolen data for sell on the hacker underground have changed dramatically in the past several years. The only noticeable difference is the drop in price for online bank account credentials and the drop in price for Fullz or Personal Credentials. In 2011, hackers were selling US bank account credentials with balances of $7,000 for $300. Now, accounts with balances ranging from $70,000 to $150,000 go for $300 and less, depending on the banking institution where the account is located. In 2011, hackers were selling Fullz for anywhere from $40 to $60, depending on the victim’s country of residence. Fullz are now selling between $25 and only go up to $40, depending on the victim’s location. It is believed that the drop in prices further substantiates that there is an abundance of stolen bank account credentials and personal identities for sale. There is also no shortage of hackers willing to do just about anything, computer related, for money, and they are continually finding ways to monetize personal and business data.

Companies should adopt a layered approach to security and consider implementing the following:

The good news for SME’s is that there are some products out there that are open source and free that can cover a lot of the above. Configured correctly will help to protect the network from malicious hackers, at least make them want to bypass you and attack an easier target.

Make sure your company is not an easy target for the cyber criminals by having a penetration test by a trained and experienced Certified Ethical Hacker.

Penetration testing is the process of evaluating both your physical and digital security systems and finding all areas that are insecure and that need attention. The main goal of penetration testing is not only to find security vulnerabilities, but to attempt to exploit them as well, which can decrease the chances of data loss or allowing unauthorised persons access to secured data. Common problems discovered by penetration testing include software bugs, design flaws and configuration errors. Once these have been identified, they need to be quickly repaired in order to ensure that safety isn’t compromised for longer than necessary. Testing is vital for any business, no matter how large or small, as data has become the most important currency available to organisations and hackers.

Penetration testing should be performed by an experienced tester from outside the organisation or the service provider whom has configured the solution, website, network, etc. It is all too easy to ignore or turn a blind eye to a known issue, or to have the attitude of ‘Nobody could possibly find that flaw!’ or ‘Who would want to hack us? We’re not interesting enough!’ As this involves the security of the business, no half-measures can be taken. Security breaches happen every minute of every day, and unless you have a dedicated team for penetration testing, it may be wise to consider outsourcing the procedure. Having an in-house team is ideal, but there are many businesses that find good reasons to outsource the testing and security of their information systems.