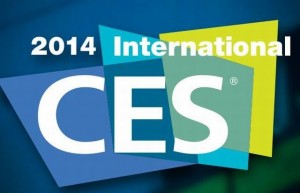 I have always wanted to put that as a title. However sadly we are not at CES 2014 in Vegas but we are sniffing around some of the reports that are appearing online to see what is being displayed and demoed this year.

The news if heavy with all sorts of reports from all our favourite electrical companies, Samsung stealing a lot of the press with their Ativ Book 9 2014 edition and of course their curved televisions 50-inch OLED.

LG have released their curved phones, which use OLED technology. They have also been showing off their Fireweb Firefox driven phone and not to be left out of course have launched and showed of their 4K curved OLED TV, 77-inch in size with a picture that is stunning.

Sony is producing facts and figures about sales of the new PS4 against the Xbox One and it looks like Sony is in the lead now and if the figures are to be believed, well in front.

Other news, is that Android devices are to top 1 billion in 2014, so not much slow down there.

One of the most interesting facts is that there are more wearable devices than ever before and a lot of talk about Intel moving in this direction. This is firing up rumours that Intel might be giving up on its mobile ambitions to pursue the wearable market. Time will tell.

Lenovo are still prominent this year with their Lenovo Thinkpad 8, they claim this newest offering,  “will put a full PC in the palm of your hands.”

Other memorable news feeds are talking about the progress of self-driving vehicles, again this technology is developing fast and the computers are now able to handle more data than ever before, so watch out for the self-driving vehicle coming your way soon, no pun intended.

I will leave you with this link to a 3D food printer that has appeared at CES this year, it prints chocolate and candy….now there’s a printer for the office……

Yes, CES 2014 has once again not let any of us GEEKS down. There are developments from the hardware manufacturers like Tegra and snapdragon showing off where things are going next right down to new travel experiences and viewing delights.

Check out some of the feeds online and start to get excited about what is happening in the world of tech.

What would you like to see come sooner rather than later, let us know?