I purchased this fire last year around March 2015 and have been using it ever since. It was part of a modernisation I was doing in my main lounge area. Removing a fireplace and creating an opening that this model would fit into.

The flame effect had caught my eye when I had passed it in a store and intrigued me how it worked.

I did some research and read up on it. I purchased the unit once the fireplace was ready and installed it. The flame effect was very impressive and once I had mastered the correct intensity so the door could remain closed and not have vapour over the inside it worked a treat. It all runs on filtered water you know, no ashes to clean etc.

I thought I would write this review to make you aware of the various areas where Dimplex may want to develop solutions that will last longer when the unit is used frequently.

I have not at this stage used the fan heater as this unit was purchased for the flame effect only and the overall look of the lounge when finished.

Credit where credit is due

I want to take this moment to say that the look of the fire is exactly what I expected and makes the lounge look the way I had expected and has been commented on by visitors and family alike. A great idea and looks and plays its part well. If it wasn’t for these small irritations that I have explained above. The unit is not even a year old yet.

This is an unusual piece of tech for me to review, but hey it is not all about the latest watch or phone. This is practical and looks great.

What are your thoughts?

I spend, probably like yourself based on the fact you are reading this, a lot of my time interacting with connections and friends on social media. Technology has become my tool for everyday life and connection to the correct people and areas for my personal life and my business life.

I often here myself tell people when I meet them, that I love technology and where it is taking us. We can handle and do so much more than we have ever been able to do in the past.

Until I bumped into this chaps YouTube Video, wow this made me think and challenged me and touched my sensitivity about what it happening all around me.

Check it out the read on for my initial thoughts after watching this video.

Well what do you think? I hope you watched it all to the very end.

I think it was well written and constructed and touches a lot on what society is now doing. Where we are placing our time and ideas. For some the security of having instant friends that interact with you remotely can be reassuring and social media in the past has been known as a medium to save people’s lives because they posted on it in a time of need and help was given.

But, the questions I suppose we are asking ourselves are, are we in control of it or does it take control of us? And is it changing society for the better?

If you do what the chap in the video did and simply walk down the street and take a bus or tube train and watch the amount of face down glued to the device people there are, it will astound you. But because this is a current 21st century thing we accept it I suppose as a sign of the times we are in.

I wonder what the future will look back and say. Will museums and documentaries reflect on this changing social culture as a good thing or a bad thing?

I still think the flexibility of mobile working and connectivity is amazing for running my business, but I am now challenging where I stand with talking to people. Actually looking in their eyes and engaging with them. Hence my top picture. Laughing out loud together in the same room and space.

I am a people person and always have been since high school and I always like to get in front of a person to talk over things, whether work or private concerns. Remote working only takes me so far and I am sure others are in the same boat.

What are your thoughts on this video and does it challenge you in anyway?

Well done to Gary Turk for making this and challenging where are and where we are going.

Happy Christmas from us All

It’s that time of the year again when people are eying up their Christmas want lists and gadgets are almost likely to be up there near the very top for many of us.

From a new mobile to a tablet computer there are an array of gadgets that can keep us drooling and wanting the next best thing. So who are doing the most obvious pushing this Christmas Time? Who will Santa be wooed over by when he is choosing your and my presents this year.

The IPhone 5S is still high in the popularity stakes with its clean looks and fingerprint recognition. Will an Apple at Christmas be your thing. At around £549 to buy.
HTC One is the competitor and again sturdy design with HTC’s proven record of phone technology. Fabulous sound through two front facing speakers. Made from a solid piece of aluminium. At around £479 to buy.

The cannon EOS 700d might be the present you are seeking from Father Christmas, get the professional shots you have always wanted. 18 Megapixel sensor and great build quality; this puppy will set you around £750 to buy.
Samsung have their NX300 out as well to compete and being Samsung the name is there as far as technology is concerned. It has a 20.3 Megapixel sensor and talks to all other Samsung devices. It will take around £600 out of your Christmas savings account.

Apple MacBook Air is still popular, the 2013 edition. Only a small upgrade to previous versions but still maybe on your Christmas list if you are and avid Apple follower. Apple never does anything by half so this baby will cost you around £849 to buy.

A large new TV, which would be a great Christmas present. Samsung again with their Samsung UE46F8000ST, 35mm thick with e tiny 5mm surround bezel has to be a great pick. Image quality is meant to be one of the best from an LED TV. And it includes all the gesture recognition that is coming in. Basically a computer on board containing Quad cores……This screen will steal around £1800 from your savings.
Panasonic have their TX-P60ZT65, which is rumoured to be the best HD TV out there with extremely fine picture detail. Smart with Internet options and also acts as a media streamer. However the elves will raid your bank account to the tune of around £3650.

How about a JL Built-in Wine Cooler, this small cabinet fits in the smallest of spaces in a kitchen and chills the wine, 7 bottles, and is very quiet with a noise count of only 36dB. Doesn’t frost up either it seem? This will cost your around £180, so not such a sting on those savings this time.

Well, have a great Christmas and a fabulous new year and let me know below what your gadget for Christmas would-be this year.

Here is a blog we posted earlier this year on www.geek-speak.co.uk, thanks to Chris Hinton who runs the blog site, thought we would share it again with you and find out if you have a family member that you have tried to introduce technology to and how it went? 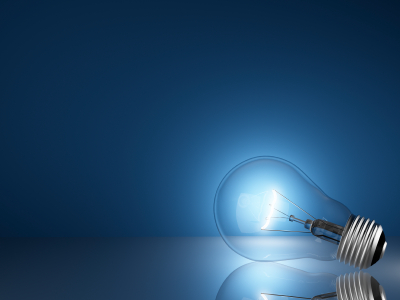 Since everyone seems to constantly get older, and no one is getting younger, it’s no surprise that I now find myself looking after my elderly mother in areas where she and my now departed father would have coped easily in the past.

I don’t mind this after all she is my MUM….but it did get surreal when, a few years ago, she said she wanted a laptop and the Internet. She was about 80 at this point and had never worked a computer in her life; she even has trouble using digital TV. I went ahead and we sourced her a laptop. We then got BT, who she had her telephone with to give us Internet as well, it is easier when it comes to mum to have everything in the one place – believe me.

This seemed to be OK;  I placed shortcuts on her desktop and she merrily went along playing Solitaire and a word search game on the laptop. I showed her the email and Internet, but she never touched these areas as she thought she might get in a mess with it and break the laptop. I did explain that this would not happen but she did not take it any farther. Every now and again, when visiting, I asked to use her laptop and carried out all the Updates for Windows and anti-virus etc.

I later purchased a tablet for myself for ease of carrying and using.  I would get it out and connect to mum’s Internet and do some work while chatting and, while visiting her last year, she declared that she would love one of those; she was 84 at this point and remember the history of the laptop usage. Of course Apple had been filling the TV screen with images of iPads that you must have to complete your life but I was still surprised and put her off for a good few months. Each time I visited, though, and got my tablet out, she would say “I would like one of those and it would be easier than handling the laptop as I have to put it on the coffee table and bend over it.”

I tried to ignore it but in November she stated that I was to source one, buy it, and she would give me the money for it – she was treating herself for Christmas early. I went about the task and bought an Android based tablet that would be easily carried and large enough screen to be seen by her when using it. Of course I downloaded solitaire and a word search app for her and placed shortcuts on the desktop, which she uses. I showed her email again and Internet, I even signed her up for a G+ account and we had a hangout with my phone and her tablet in her living room. I thought this might help if she wants to chat and see someone’s face in the evening when she gets lonely.

When I now pop in I look for the tablet and it is in the box as she is frightened any children visiting will knock it off her table and break it. She tells me she does use it and plays word search or solitaire, but nothing else and I have sneakily sent her hangout requests to see if she is on it and try to get her to talk and use the hangout facility to no avail.

All good fun and makes me smile when I think about it.