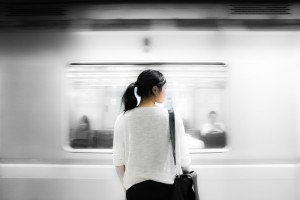 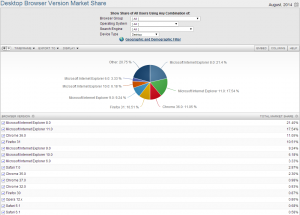 Imagine the internet as a large series of shop windows from all over the globe. We all need a method of browsing through them, and finding and buying information or physical goods. So, what do you use as your internet browser?

For a long time, Microsoft had the market sewn up – as it built its browser, Internet Explorer, into the Windows OS – and so everyone used it without giving it much thought. If it works, then why change? Well, people did change – and they did it because they felt that IE wasn’t doing a good enough job of displaying the web to you, the customer, in an accurate and intuitive way. So various other browsers have been developed, and the majority run quite happily on the Windows platform.

I have tried various browsers over the years, mainly on my Windows based machines – and now more recently on my Android based devices – and find each browser to have its own set of positives and negatives. The picture above shows a rough breakdown of internet browsers in use at the moment, mainly for desktop machines running Windows.

So what do we look for?

So what do we look for in an Internet Browser? Are they all the same? Should we be bothered?

It is a personal decision, and you should use which ever one you feel most comfortable with, but be aware of the following areas: –

Why not let us know what browser you use, and why you use that one. Give us your experiences of browsers you have tried and why you moved on to others.

We look forward to reading your posts.

Well the debate has heightened again about the use of Online to purchase goods and services. With the closure last month of Jessops, Blockbuster, Comet and HMV where do we stand with regard to keeping a healthy shopping and retail sector and the use of the Internet.

Initially when the Internet came around the speeds were too slow, major companies did not adopt the Internet quickly so choices were limited to what you could purchase. The security element was also a major concern.

However nowadays this has all been overcome and the Internet has flourished into a massive repository of all things. There is very little you cannot find somewhere on the Internet and usually cheaper than in the high street stores. There of course is still the area of security with a customer leak of details almost monthly from somewhere. The sellers are not all major companies and this can lead to failed promises and customers being let down and finally there is the aspect of dealing with someone who is not there face to face.

When we purchase from a shop and have problems we can usually juts go right back there and see someone face to face who will take ownership of the issue and get it resolved. (With some exceptions and horror stories of course). I can relate to the online scenario  having had a problem with a TV I purchased and the manufacturer wanted nothing to do with the faulty unit and the retailer online I had dealt with said there was nothing wrong with it. I was frustrated and felt I had nowhere to go.

So what is the reason we are going over to online so much. Well as you can probably imagine there are various reasons and here are a few I am sure you can identify with: –

This list is not exhaustible, but it is our fear that we will lose so much by going this way completely. I am a self-confessed GEEK and love where technology is going and the flexibility of the way we can do things. But, I am also sometimes of the opinion that it would be good to go and see and feel some products before we purchase them and also to chat to someone who knows something about them. I also believe in the local market and the local business owners making a living.

What are your thoughts and opinions? Is this move a good thing or a bad thing?

How can business adapt to this and keep them afloat and busy?