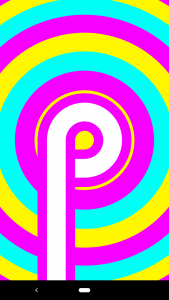 I must admit that my mobiles for a good number of years have all had a sweet tooth. Being named after desserts ranging from Éclair, my first venture, through incarnations of Marshmallow to Nougat and now Pie.

For those who have no idea what I am talking about, these are all incarnations of Android operating systems for mobile phones. Being a Google man for all mobile work this has always intrigued me, and I am usually waiting for the next version and the improvements that come with it.

Android has driven the mobile market and is now the most used operating system for mobile phones worldwide, taking Apple’s crown.

Nowadays we are all fixated and linked to our mobile devices, they feed us with so much information and in my case a business owner, they help me manage my day to day activities both private and business related.

Android has always given me the flexibility and customisation that I would like in a device. Every incarnation allows me to change and alter and get the device working exactly the way I want it to.

Collecting and accessing my emails and web-based file systems. Communicating through various mediums from text-based to video calls. As more of what we do pushes onto the cloud you can expect these devices to be, literally what they have been for a while now, your main computer system. Allowing the flexibly to work anywhere and carry out complex activities and not need to be tied to a desk environment.

What mobile devices do you use and what operating system do they employ/ Do you see this as the way forward and the way we work changing to go more mobile?

In this post I thought we could have a look at who has the lion’s share of the Operating system market. That’s not such an easy question anymore, as the idea of sitting at a desk and performing all your duties has changed drastically over the last few years.

The operating systems we use daily are now spread over the following device types:

Gone are the days of the Microsoft Windows revolution, the massive change in how we used computers that made us all want one, and then get really frustrated with it as the technology kept changing. In the pursuit of progress, the Operating system was continually transformed into something else just as soon as we were just getting to grips with it. Our parent company, IT Turning Point, exists primarily to educate and inform. This keeps everyone using their systems and software correctly, and ensure they always work to their benefit.

Let’s look at the Desktop

Microsoft still has a massive share in the desktop market, primarily because of their prevalence in the business world and enterprise companies. They have the history of targeting this market successfully, and that past success really what made them who they are today. It is interesting to note the various incarnations of the Windows operating system still dominating the desktop marketplace.

When it comes to mobile, things are different indeed

Microsoft did not see the mobile market as their main thrust, and as such they left their entry into the arena a bit late. By the time they made their move, Apple had introduced us to the touch screen smart phone, and the mobile landscape had changed. Google entered the market with Android, its operating system for mobile devices, and the landscape changed once more. Let’s look at the picture for mobile devices as things stand:

As you can see, the companies in the mobile arena are very different from those on the desktop, and it’s still evolving – these mobile devices also include tablet computers as well.

Android have swept the floor with their OS, a large amount of key hardware manufacturers signing up and skinning the core Android to make it their own. Layers such as HTC’s Sense and Samsung’s Touchwiz enable these devices to stand apart despite the same underlying core. Google have kept their hand in with Android devices running an unskinned version of Android – these devices are all part of Google’s Nexus range. See our recent posts for articles on these devices.

The current statistics vary drastically, but it is now being suggested that around 72% of Internet traffic is coming from mobile devices. A very interesting statistic, and again as we mentioned at the beginning, this changes the way we do computing in a big way.

The second table above shows the Operating systems we are browsing with in the mobile market, as you can see Windows is at the bottom and Microsoft are now desperately playing catch-up.

Microsoft have still got a lot to offer, and they still have the main desktop market sewn up for now. They have moved late for the mobile market however, and the writer has to wonder whether they will continue in this arena or pull back and concentrate on what they do best. Considering that we are moving more towards mobile working, and more tablet computers are being bought every day, that may not be a move they can afford if they wish to maintain their own future growth.

What OS do you use and what devices do you have? Let us know your thoughts.

The phrase that Apple have made famous by their Apple store advertising. We all expect an App for almost anything we want to do. We are getting so used to doing things on the hop now that everything is mobile. Smart phones for smarter working.

We thought we would look at the current race for having the most Apps available for users. The race is between the three main players, even though there are really, at this stage, only two, Apple and Android. Microsoft and Blackberry (RIM) are around but playing catch-up in this volatile market place.

Here are the latest stats at time of writing this article.

The obvious question is, do we need all these apps and if so how did we ever perform without them. Now remember I am a self-confessed geek and use a good number of apps and technology that I never used in the past and find them to be some of the most useful kit I have and now rely on them, probably too much. That feeling of when your phone decides to not work, being the equivalent of your right arm being cut off. So I am not anti apps and new ways of doing things.

Apps tie you in

I have also found that apps tie people in, so there is another reason to be on the front foot when producing them. I told a friend of mine that they should try an Android based phone and see what they thought and they said that they couldn’t as they had spent so much money at the Apple store on Apps and other Apple related stuff that they would be losing out on a lot of money they had spent. So there is motive in the madness of App production.

What are your thoughts on the Apps race? Do you over rely on them or do you think there is an app that would be great and nobody has produced it yet. Or are you just an Angry Birds gamer and like all the gaming that can happen in the mobile arena.

Whatever your take, this is a race worth watching and we certainly will be keeping our eye on what is happening in this area. Follow our blog and we will keep you up to date on all things techie.

Yes that’s the burning question today, the mobile smart phone market is heating up for the next round of devices and various manufacturers are hedging their bets on one of the above.

Nokia have got into bed with Microsoft and have launched their next range of mobile phones with the new Windows 7.5 mobile on board, Samsung have launched some windows based offerings as well. Google have upped the pace by purchasing the mobile side of Motorola so all Motorola offerings in the near future should be running Android and with the launch of Jelly Bean and there is Keylime Pie in the wings. With this latest version the stakes are greater than ever before.

Apple have launched the IPhone 5, with the 5S rumoured as I type, but are experiencing battery drain where some people are reporting it only lasting half a day of usage. Is a phone even a phone anymore?

It is no doubt that this is a lucrative market and an article I read recently said that 60% of the UK market had smart phones. They do so much more than just telephone people and have revolutionised the way we browse the Internet and get fed information. You only have to look at any news broadcast to see the effect that social media via smart phones is changing how we get our information. People even interact with their favourite Television shows via social networking on their mobile phone while watching the television. Instant comment and voting.

So what does the future hold? Well we can look forward to even smarter devices and the more interactivity than ever before. But will you opt for the Window, the Android or the Apple as they all fight for market share and each one trying to top the others dominance of the market. Of course there is even talk of new OS’s coming into the phone market, with Blackberry and LG etc. testing them.

I will try and keep you informed as much as we can with the changes as they happen.