Rumours are surfacing about Microsoft being about to launch their next generation of the Surface tablet computers. These remember are the computers that they have a huge stock of in warehouses that is costing them more in Rent for the storage space than it did to make the units.

They have scheduled a press event on the 23rd September in New York and are emailing out media invites, but are keeping very quiet about any other details….oh the intrigue.

The rumour mill of course has been running all the time and snippets have been released about the various new Surface units that might be emerging. For example, it is rumoured there will be a Surface 2 and a Surface Pro device. Also a refreshed version of the Surface RT device. Hardware is expected to be improved to the Tegra 4 CPU with 1080p screen and 4Gb of RAM. Improvements to the battery life have also been muted.

Of course Windows 8.1 is expected in October so all these devices are rumoured to be running this version.
But is it too, little too late for Microsoft. Or will they make the breakthrough they expect to make in this catch up race with IOS and Android devices?

What are your thoughts and do any of you have a Surface just now?
If you do let us know your thoughts on it?
If not, would you rush out and buy a new Microsoft Surface device? 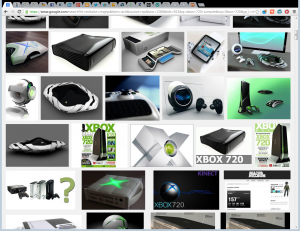