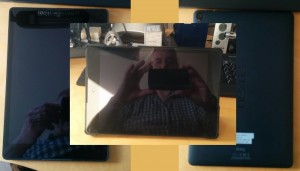 Have now been using the Nexus 9 for a few weeks now and it was to replace my Nexus 7 2013 model.
First impressions is that it is obviously larger with the 8.9 inch screen. I got the 16 GB model the same Storage I used in the Nexus 7. No issues there. Speed seems OK and it upgraded itself within a day of getting it to Marshmallow the latest version of Android.

Here are the specs for the Nexus 9

So how does it compare with all my daily work tasks?

I use my Nexus every day for work tasks and handle all my social media feeds and emails. As well as typing up documents and accessing the cloud and Internet. I mean I REALLY use it from morning until night it is at my side and always on hand for all the various activities that I do throughout my working and leisure day.

The Nexus 7 handled all this and I never had an issue with performance and battery life. I do run a good number of apps and have multiple desktops. Which is why I find using a tablet computer so useful.
The Nexus 9 has handled all the work loading, but the main things that are different are: –

I am going to continue using it and see how things go. If a cure or fix comes out for the battery life this would be great. So Google if you are reading this what you are up to and what can be done? Get in contact.

What about you guys?

How do you go mobile as they say and is the move to Phablet phones taking away the market for tablet computers? The sales statistics suggest that the sales of tablets has dropped due to phones becoming larger and I have met a few associates who have gotten rid of their tablet computers as their phones are large enough for them to do all they want to do.

What do you use and how is it performing?