“Computer software, and sometimes also other computing-related systems like computer hardware or algorithms, are called vanilla when not customized from their original form, meaning that they are used without any customisations or updates applied to them. Vanilla software has become a widespread de facto industry standard, widely used by businesses and individuals. The term comes from the traditional standard flavour of ice cream, vanilla.  According to Eric S. Raymond’s The New Hacker’s Dictionary, “vanilla” means more “default” than “ordinary”

So what we mean is that when a vanilla copy of Windows 10 is installed onto a machine it is only Windows 10 with all its baggage and faults. We know that nothing else exists on the machine.

This, for us IT guys makes life easier for troubleshooting. If there are problems with the machine it can only be between Windows and the hardware as there is nothing else on the system at this point. Once we cure these and the system is running well and all seems to be operating the way we expect, we can then look at installing other programs and seeing how Windows talks to them. Each software install can have its own issues or it can simply work. Guess which one we like?

What is the alternative to a Vanilla Install?

Well, that sadly is what most of us do, thinking all will be well. “That accepting the update scenario.”

Here is the situation, you are running Windows 7 and all is well. It has been around for quite a while and all the patches and fixes have been out and installed. Your system is sweet. The Windows 10 comes out and promises a lot more, it’s faster, it’s better, you can do more and it works well.

Microsoft also offers it for free if you take it now, after that it will be charging….What do you do?

You click update and it downloads Windows 10. Oh’ the excitement of the new is always a draw, and surely it must be better, that is what they promised.

What could go wrong?

As with any installation you have to look at the foundation and what will the new Operating system be sitting on top off. Even though your computer seemed to running smoothly. Under the hood there may well have been issues that just didn’t surface. The software may have been compromising some operational items to get it all to work.

The adage we always like to use is, “If you have any issues or even minor bugs with the current system an update could cure them, but most likely it will just make them worse. A clean install and one that cures all the issues before any other apps are installed means that the foundation is correct and that issues after this are down to software conflicts of installed programs.”

I must be honest and I do believe that Windows 10 has some major bugs and a bit too much, what we call bloatware, (added items Microsoft think you need.)

I also believe however that some of the troubles people have had with Windows 10 on machines is because of the update option and not the flatten and fresh clean install option or vanilla install as I like to call it.

If you want to the latest and greatest operating system it is best to backup and flatten the machine. Then reinstall all the apps and connectivity. You will have a cleaner and more stable machine that you have had for a long time. Windows in itself becomes cluttered over the years with all the programs that have been installed and uninstalled leaving some fragments of files behind. So cleaning all this and installing is always the best option. I have done this to many machines last year and all are faster and getting the best performance they can. Windows also to update without any major faults.

If you want to talk about his or get me in to-do some of the above then get in touch or comment below. 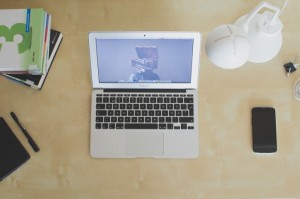