Well, hi again folks, just thought I would pop by and give an update on my usage of the Nexus 5X as per my previous post. Seen here.

Well, the general usage has been Ok with no real major issues that have caused much of a problem. So comparing it to my usage of the Nexus 5 over the last two years, there has been nothing I have had to cope with that is out there, so to speak.

The one problem I have encountered and only on one occasion was that the rear camera refused to focus and was making lovely clicking noises whilst trying to do this. I did the usual research online to find that I was not alone and others had experienced this problem as well. I had restarted the phone and the issue has gone and I have never experienced it again. But very puzzling with an online mix of, get a replacement to don’t worry if restarting it has cured it all will be fine. I have decided to monitor and see if it reoccurs and if it does a replacement would be in order I feel.

Battery life can also be an issue and I have noticed that it is not as good as my Nexus 5 and that had a reputation of battery burn. So again recharging when at my desk and then just keeping an eye on it as the day progresses when I am out and about.

I did get a charging pack a year or so ago that allows me to charge my tablet and phone when out and about. Again I had to buy a USB C cable for this as it did not have one.

The other thing I found whilst researching online about the Nexus 5X was that the power charger supplied maybe issuing a charge all the time and may not be stopping when the device does not ask for any. This is called intelligent charging and in some cases the Nexus 5X charger doesn’t act intelligently. I haven’t tested this out in any way as I am not sure how to at this stage. The video I watched online was a chap that does this for a living and had built kit to test these out and asked you to check your own one. Of course, most people won’t be able to.

Conclusion at this stage

My conclusion at this stage, which is still early days of usage is that I am happy with the phone and the amount I can get done, the most useful thing is the fingerprint scanner for the very pickup and unlock facility. Negative on this however, would be putting the phone away in my pocket and accidently touching the sensor on the rear and unlocking the phone to put it in my pocket. Done that a few times. Not a good thing.

Other than that, a good phone, at a great price when I bought it and will hopefully keep me going for a while.

Will try and do some features on the camera and other functions as I encounter their usage. 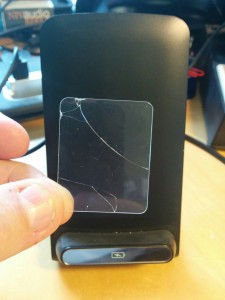